Ruby Gives Top Riders a Run for their Money

Ruby has bounced back from lockdown with a remarkable run of success in a number of equestrian competitions.

After recovering from appendicitis at the start of August. Ruby’s first outing was at the Pyecombe Horse Show in West Sussex. She competed in the Children on Horses class (Riders – Under 16 years) winning both the Qualifiers and Championship on her horse Lady Warrior.

For the International Al Shira’aa Bolesworth Young Horse Championships Ruby switched rides to Lord Don, her first time on a Stallion. Lord Don is one of two horses ridden by the Senior team at Brendon Stud, of which Ruby is now a member. Ruby competed against 74 other riders, mostly adults, managing to finish a close second to international adult rider Jay Halim. Not surprisingly, Ruby’s success at such a young age is creating quite a buzz amongst the equestrian community, including a feature in Horse & Hound.

Most recently, Ruby has been competing at the Hickstead Jumping Championships and has qualified to jump in the world renowned and prestigious International Main Arena in the 1m Open Championship. She will compete against 30 other riders including Jay Halim.

“I’ve won two rugs in two weeks and one of my best achievements yet, I’ll be on top form to keep on track for my third.”

“The way that Ruby has bounced back from both the lockdown and illness is an inspiration to us all. We are immensely proud of her and cannot wait to see what she does next.” 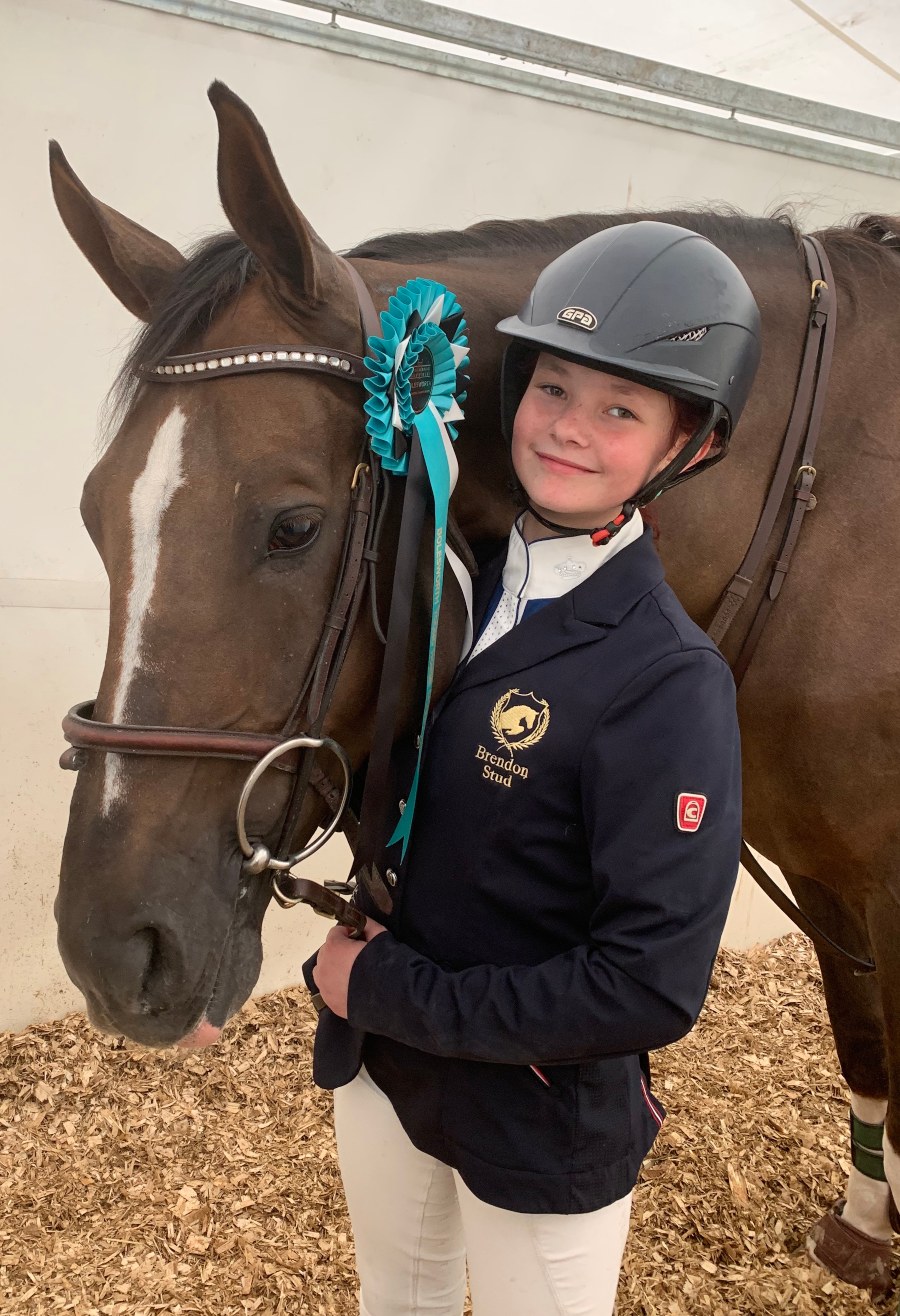