As a Girls School you would imagine it is quite normal to have two sisters as pupils at the same time. Three sisters? Maybe a bit more unusual, but a frequent occurrence. But what about two generations of three sisters? And a cousin! We thought this was a story worth sharing.

Before we do, we should also point out that trios of sisters are in the school’s DNA. Burgess Hill Girls (then a PNEU School) was, after all, founded by a trio of sisters in 1906, Beatrice Goode and her sisters Ada and Patricia.

But in this Bold Girls news we want to share the story of two generations of sister trios who attended the school between the 1920’s and 1960’s. It all started with the McLeans, Gwendolen and her husband Archibald, who was a local Architect. In the 1920’s the family moved to Hassocks and their eldest daughters Mona and Sheila started at the school in 1928. Both Mona and Sheila went on to Brighton Art School (Mona in 1933 and Sheila in 1935) and then developed successful careers as artists. You can discover more about Mona and see some of her artwork on her website. Mona and Sheila also played their part in the Second World War. Having worked in the country and learnt the language, Mona’s role was censoring letters from Sweden. Sheila joined the WAAF (Women’s Auxiliary Air Force), working as a ‘plotter’, an early form of air traffic monitoring. As well as three brothers (see picture below), Mona and Sheila also had a younger sister Angela, who attended the school between 1936 and 1946, then going on to become a Nurse and eventually settling in New York. 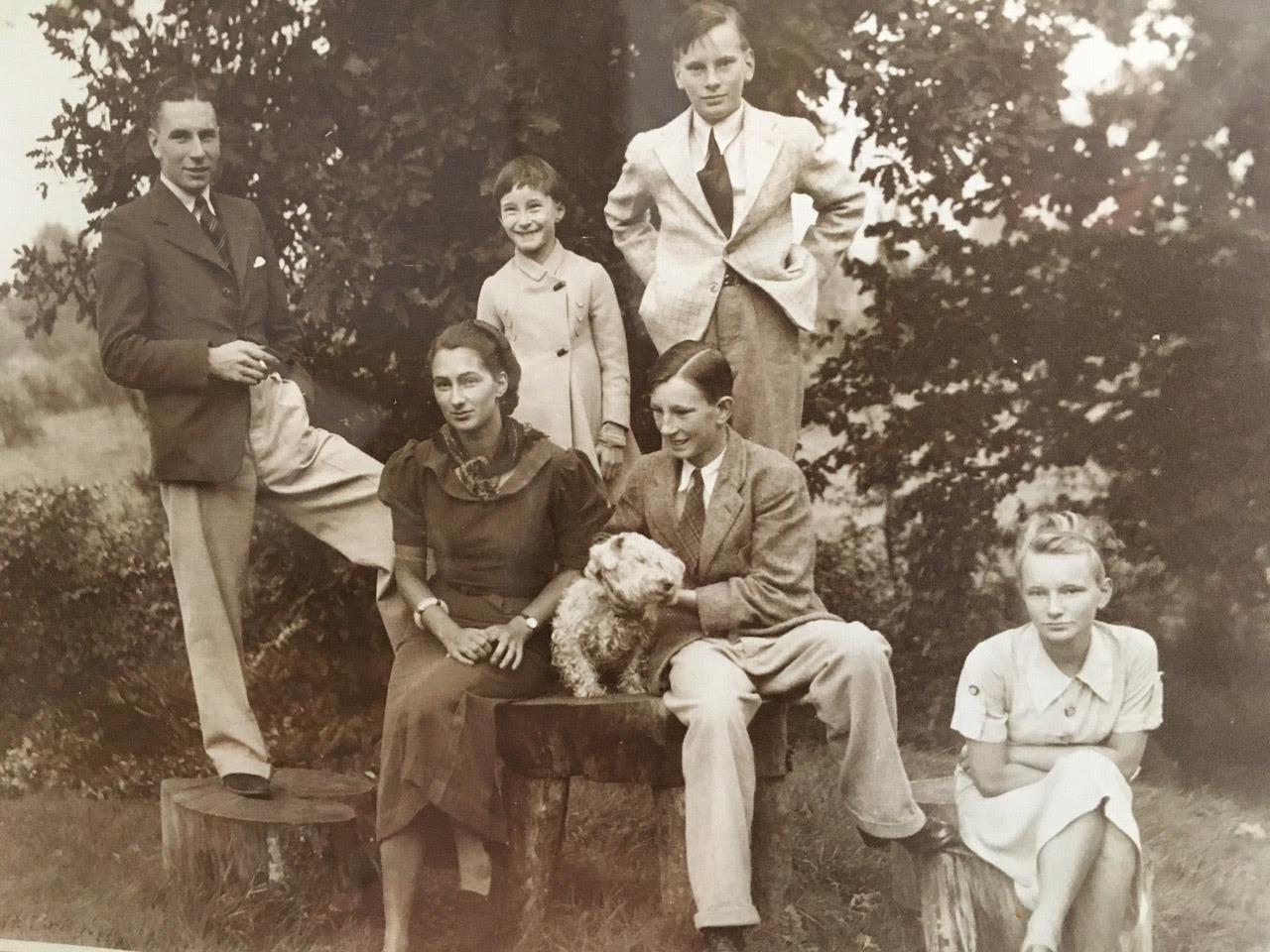 As well as working in Sweden, Mona also worked in Paris. Throughout these years she kept in touch with her childhood sweetheart Guy Killpack, who had become a Doctor. They eventually married and set up home in the house where Guy was born in Haywards Heath, West Sussex. The Killpacks had three daughters, all of whom attended Burgess Hill Girls (still at the time the PNEU School); Ingrid (1949 – 58), Joanna (1953 – 63), and Belinda (1954 – 64). 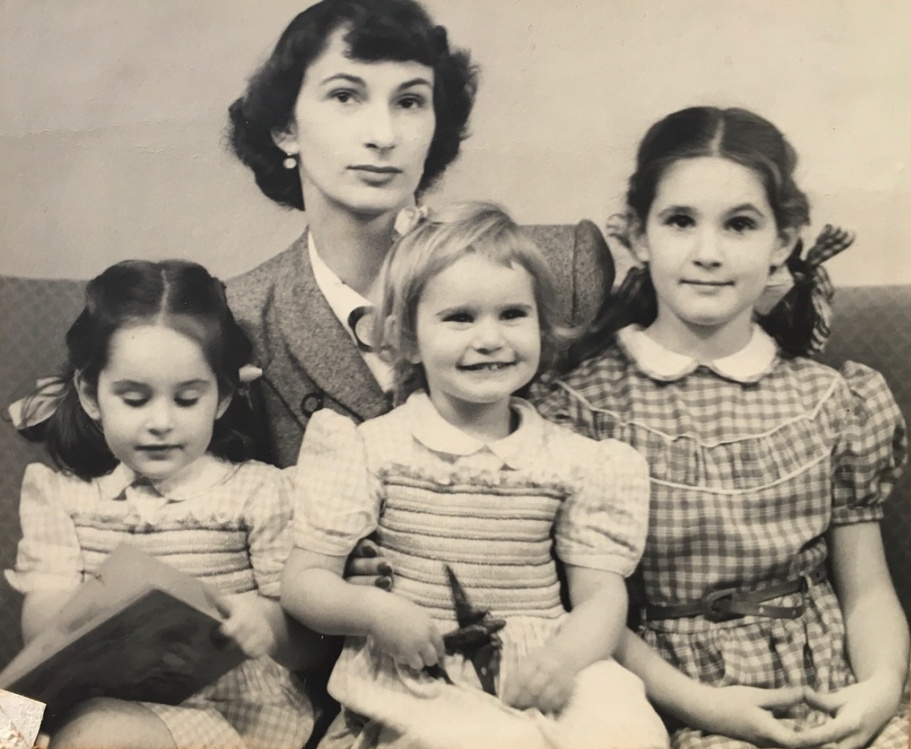 Joanna, Mona, Belinda and Ingrid circa 1950

Their cousin Kristina also attended the school for a short time, pictured below on the left with Belinda in the middle and Joanna on the right. 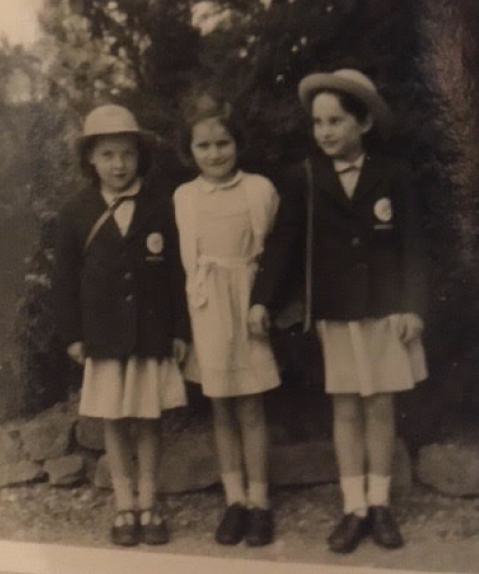 All three sisters from the second generation are also pictured below with Miss Gillies who was Head of the School between 1938 and 1955, therefore having taught sisters from both generations! This picture was specifically taken of pupils at the school at the time whose mothers had also been taught by Miss Gillies. We should take a similar picture with current head Mrs Laybourn! Ingrid became a dentist, Joanna a school teacher and then a university lecturer, Belinda studied chemistry and then later became an acupuncturist. Belinda has been an active member of the alumnae association (now called Bold Girls) and has lots of fond memories of her time at the school.

“I am still very much in touch with my Old Girl pals. We call ourselves the TPOKB, which stands for Two Pairs Of Knickers Brigade. We always had to wear two pairs, knickers and liners, white under and beige over, except for gym when we had to wear navy blue over! Back in the 50s and 60s, half the girls were boarders, so we became friends with loads of girls from all over the world. We all really appreciate the education we had, especially things like Nature Note Books, Repetition, History, Music, Art and Literature.” 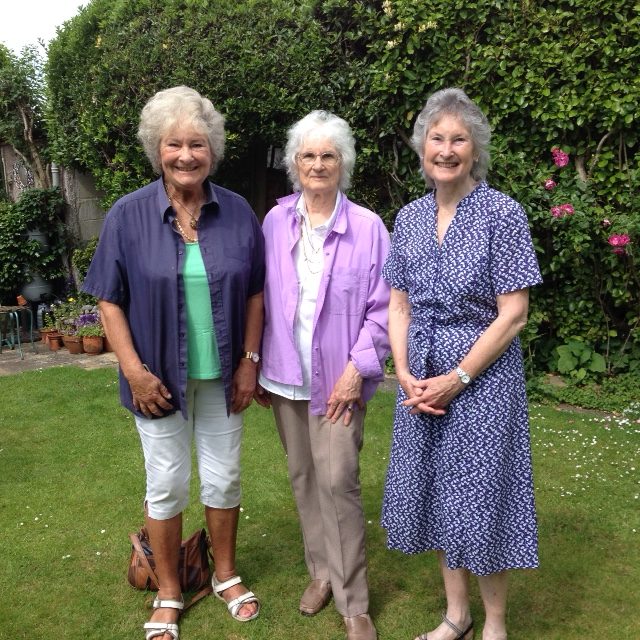 Both Belinda and Ingrid also attended our most recent Bold Girl event in the summer of 2019, pictured below with Susan Pipe (Starling), Frances Mounsey (Phillips) and Margaret Higgs. Hopefully, we will be able to have another one soon! 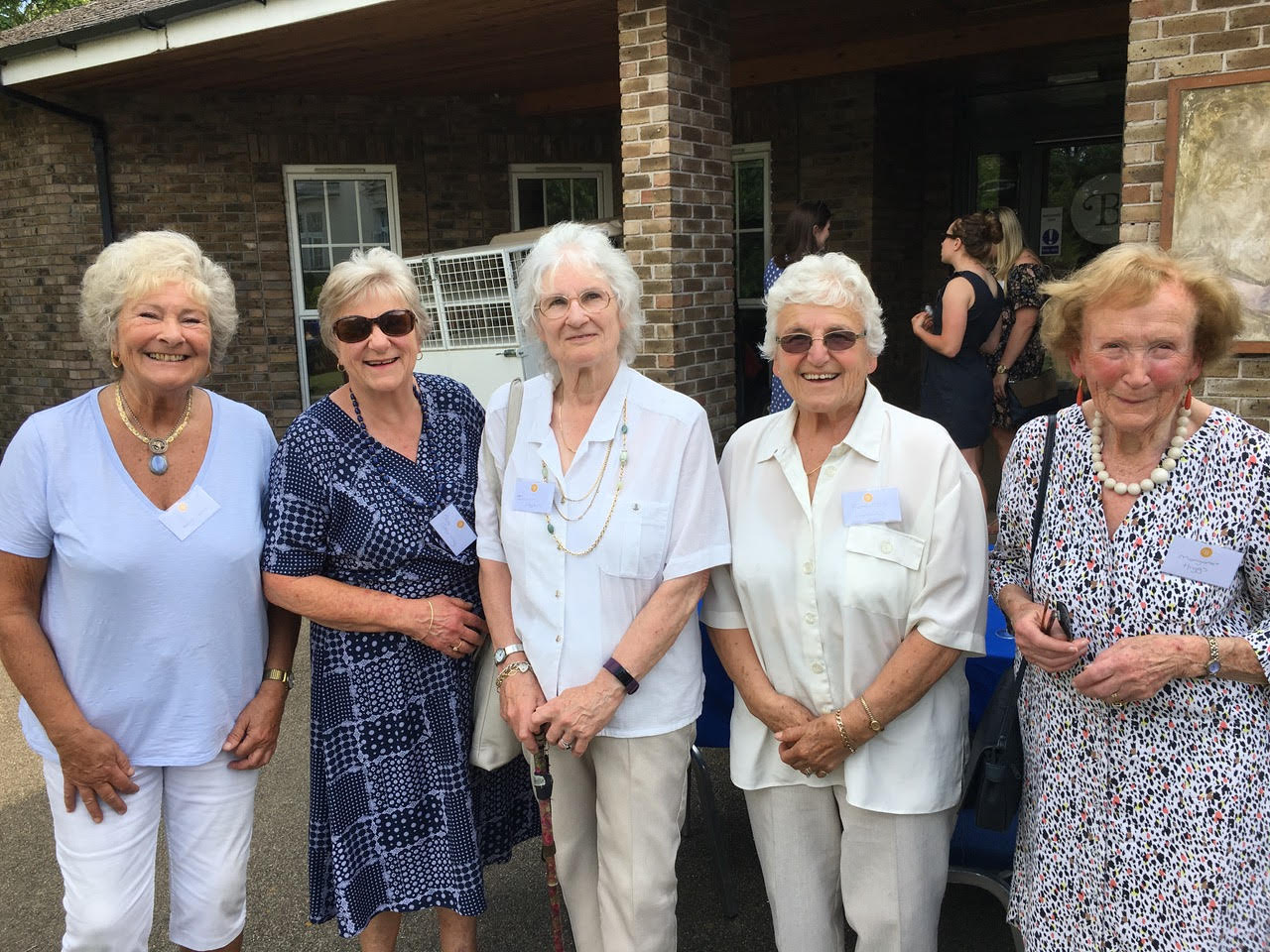 Thank you to Belinda and Ingrid for helping us with information for this story. We would be intrigued to hear from other Bold Girls whose daughters or mothers also attended the school. Please get in touch and tell us more!