On Tuesday 24th January 2017,  Year 6 led a class assembly on ‘The Amazing Human Machine.’ This gave them the opportunity to share their recently gained knowledge of the workings of the human body with the rest of the school. This has been part of the new Year 6 science curriculum based on the workings of the heart, lungs and blood system.

The assembly was based around two girls, one of whom is really looking after her body and one who is eating lots of junk food and not really exercising. The healthy girl is beginning to worry and calls in a scientist to help to raise awareness of how important it is to look after the only body you will get in your life.  Superbly guided by our own lead scientist and her able assistant, with her interesting star facts, the girls transformed the audience into microscopic beings so that they could travel inside a human body of the young girl who apparently had a lot to learn about how to keep her body fit and healthy.

The journey began in a very stressed kitchen (the stomach) where head chef was trying to sort the rubbish from the healthy options. All the chefs worked together to show how we need lots of different food groups to create a healthy eating plate, even including the importance of fibre and drinking water.  Then the journey continued into the human heart with a breath taking performance from the lungs! The whole year group then demonstrated how the circulatory system works, well led by lead red blood cell. This demonstrated how blood is continuously moving round the body delivering oxygen and collecting carbon dioxide. The girls then demonstrated how white blood cells work as police attacking germs and the role of platelets as our own internal emergency nurse.

The assembly was rounded off by the girls leading the rest of the school and their parents in a physical work out, as exercise is vital in keeping the human machine in tip top shape.

All the girls showed that they had really got to grips with the basic workings of the human machine and shared the message that we need to eat healthy foods, sleep regularly and exercise as part of our daily routine. We hope that the audience took this message away with them to carry into the New Year.

Well done to all of Year 6 for a very informative assembly. 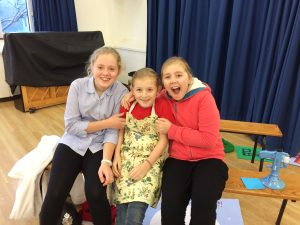 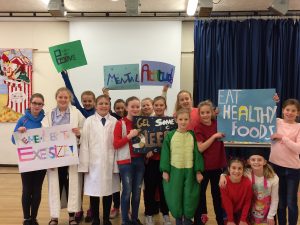 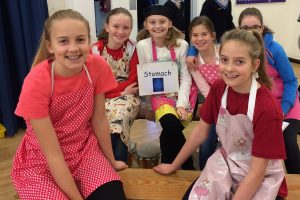