On Saturday 11th February, the Boarders set off to the West End to watch the popular show “Phantom of the Opera.” Despite the snow fall the night before, the students and staff were not put off taking the coach journey to London.

On reaching London, there was enough time for some window shopping and lunch before arriving at the theatre.  There was some amusing entertainment in the street which attracted quite a crowd despite the weather.

When sitting, comfortably, in the theatre, we were treated to the most amazing singing, vibrant costumes and well timed special effects.  This dramatic production resulted in a few tears at the end.

Our annual trip to a West End show was a great success and the party returned safely home. 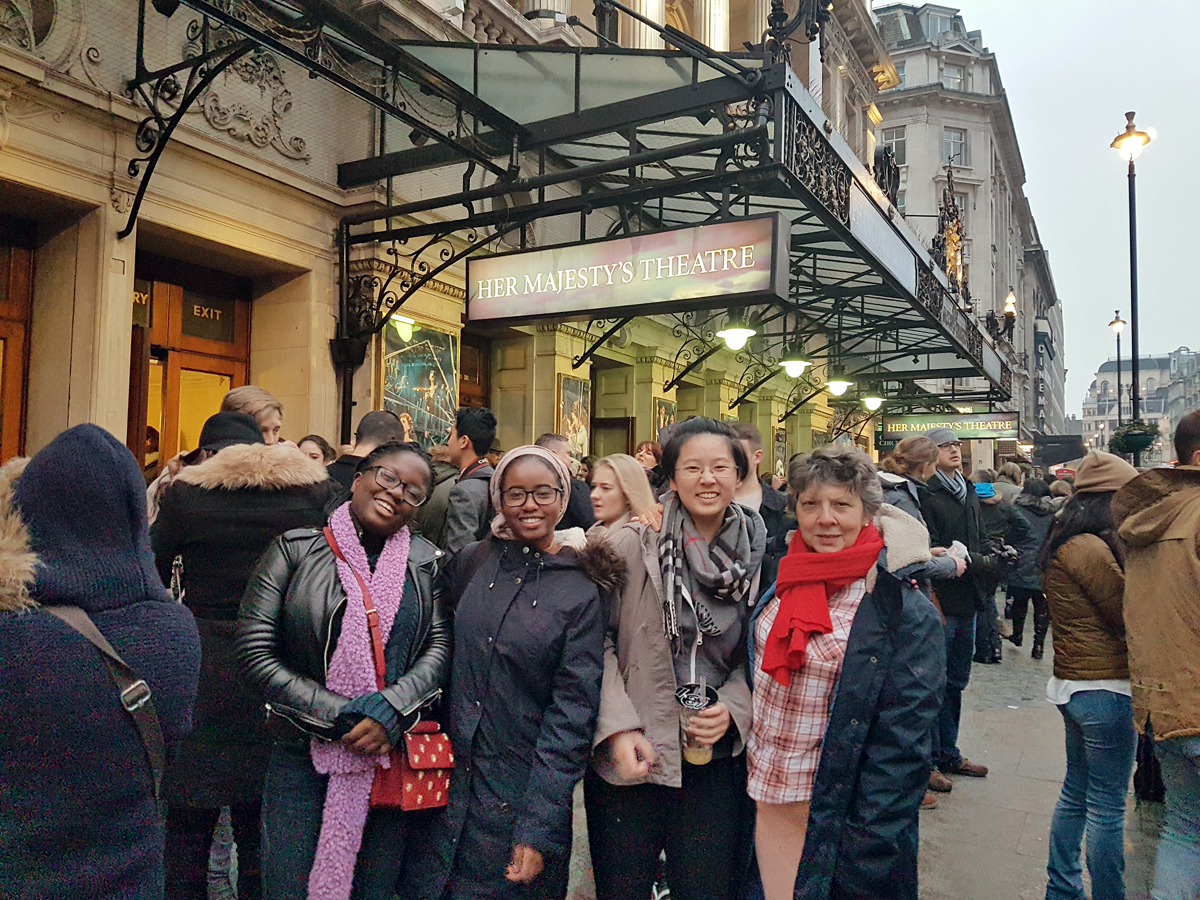