Three years ago Burgess Hill Girls were invited to join a ‘Bridge for Schools’ project with the aim of introducing younger people to the rewarding challenge of playing bridge.  The School now has a thriving club that meets once a week after school with an age range of 12-18 years.

All the girls have started from scratch and in a relaxed, informal atmosphere they make good progress and most importantly have fun.
Saturday 13th May 2017 was a landmark because four girls formed a Burgess Hill Girls team and played their first ever competitive match. The opposition from Brighton College, with more experience of match play, found the more formal atmosphere to be in stark contrast to their normal playing conditions, and therefore a little daunting.

Despite this they all played well and although they lost, they more than held their own and at the end some were even heard to mutter that they would like a rematch.  Well done to Ariel, Eileen, Michelle and Hannah.
Mrs Spofforth, who runs this extra-curricular club following the match said, “I would like to extend an invitation to any girls who enjoy playing cards and are interested in learning bridge to come along on a Wednesday and have a go. Bridge is a great skill to add to your repertoire and it can provide some light relief from your studies whilst at the same time being a little bit of ‘brain gym’”. 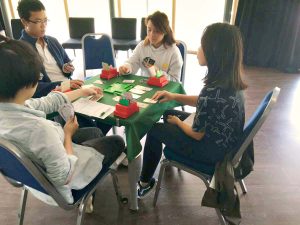 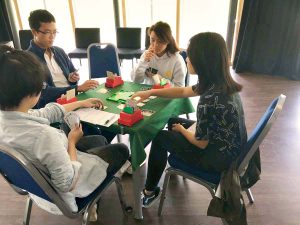 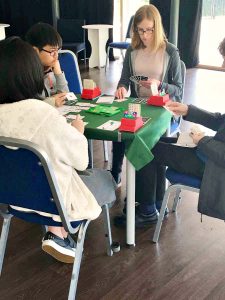 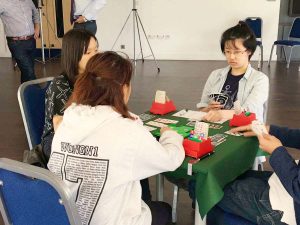