On Monday 8th May 2017, Year Six headed off for their adventure in Dorset, at the PGL site at Osmington Bay.  They were all feeling a bit nervous about what lay in front of them but mostly they felt eager to learn what activities had been planned. The first sight of their new home was amazing, with views over the sea and so many exciting things; like high ropes, archery targets and the giant swing!

They all left the coach with spirits high and with Chloe, our PGL guide, they found their rooms and settled in. Before long they were having dinner and then off on their first activity which helped them to learn their way around the site. This activity was finished off with a birthday celebration for Lydia, who blew out the torches as they didn’t have matches for the candles!

The first full day was so busy. The girls all enjoyed aeroball (basically basketball on a trampoline) and then a calm walk along the beach to look for pirate treasure (sea glass) and make sea monsters. The afternoon then saw the girls’ first trip to Portland Harbour where they made rafts to paddle out into the bay. It was brilliant to use the Olympic facilities although the water was a bit chilly!

The week continued with so many activities which challenged them in different ways. Whether it was facing their fear of heights on the trapeze and climbing wall or facing fears of small spaces in the tunnels they conquered every challenge they encountered. In true Burgess Hill Girls’ fashion, they also showed their team spirit in activities such as Jacob’s Ladder and even got to climb on the teachers to reach the top! Mountain biking showed their fighting spirit when some of the girls took a tumble but got straight back on the bike and kayaking showed great perseverance as they paddled against the wind.

The week ended with a loud but delightful disco and they all really got to let their hair down and danced the evening away. The final day dawned with the giant swing facing them along with archery with a twist. Finally it was time to board the coach and make their way back to Burgess Hill with many tales to tell.

Throughout the week the girls showed their manners and how they support each other when someone needs a helping hand or reassuring word. The teachers were so proud especially when the fencing instructor said they were by far the best group he had instructed due to our focussed listening and ability to take on the techniques so quickly.

The girls were all delighted to see their parents on Friday but equally a little sad that our adventure was over.

“It was an opportunity of a lifetime. It was a great chance to socialise with friends and challenge yourself.”

“What a brilliant trip, it helped me conquer my fears. It has changed my life.” 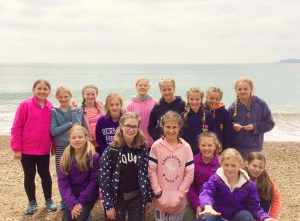 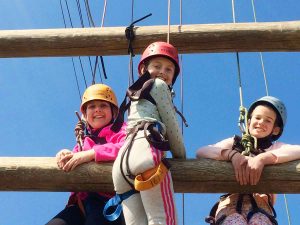 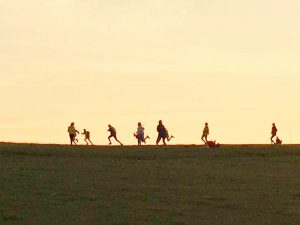 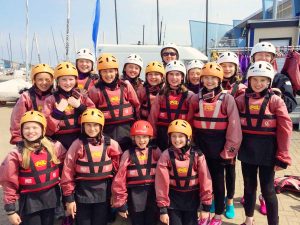 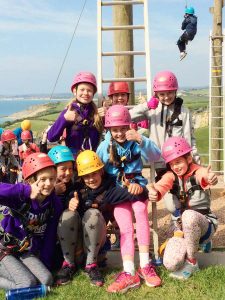 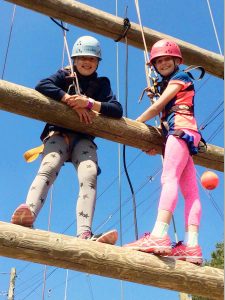