It was a pleasure to welcome back former Head Girl, now Author and current parent, Kelly Willoughby when she visited our school for our Summer Open Morning on Friday 19th May 2017. Her smiling personality and friendly manner was a great hit with the visitors as they collected a signed copy of her book that she co-wrote with her sister, TV personality, Holly Willoughby (both former pupils of Burgess Hill Girls).

These books formed part of the collection of books called ‘School for Stars’ and is best described as ‘GLEE for 9+… plus the charm of classics such as BALLET SHOES and MALORY TOWERS! Readers join schoolgirl detectives Molly, Maria, Pippa and Sally for more mystery and glamour in Holly and Kelly Willoughby’s adventure set in a contemporary school for the Performing Arts.  Twin sisters Molly and Maria are first class detectives with a flair for uncovering adventure – there’s no mystery too big for the Fitzfoster duo.’

Following the Open Morning, Kelly spoke about how it felt to be returning to her ‘old’ school, “Coming back to Burgess Hill and experiencing it through ‘parent eyes’ has been wonderful.  The school has grown in both heart and stature.  There are parts of it which were so buried in woodland 30 years ago, I never knew they existed, which have been developed into wonderful sports grounds  and I can’t wait for my daughter to enjoy what Burgess Hill has to offer her.  It will be a strange feeling once again standing on the side-lines, cheering Burgess Hill on in whatever sport she will no doubt thrive and I can’t wait!

I started at Burgess Hill at the beginning and I finished as Head Girl at the end so I honestly don’t think you could have a more conclusive experience.  I’m a huge believer in confidence.  No matter who you are or what your strengths and weaknesses are, I believe Burgess Hill give it in spades. Once you have self-belief, and a good work ethic, the rest will follow, and I personally thank Burgess Hill Girls for giving me both.”

It was a pleasure to see so many visitors touring our Nursery up to our Sixth Form at our Open Morning.  There was certainly a buzz in the air as the sun tried to shine between rain showers.  We look forward to meeting these visitors again in the near future. 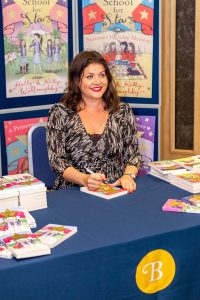 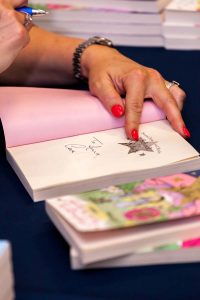