On Thursday 18th May 2017, there was a very excited Infant Department at Burgess Hill Girls. It was the day of their Summer Concert.

The girls had been working really hard towards this event – learning words, playing instruments and composing their own music. They proudly walked on to ‘Can’t Stop the Feeling’ by Justin Timberlake, from the recent blockbuster ‘Trolls’ film.

Penguins sang songs about toys and even jived to ‘Teddy Bear’s Rock n’ Roll’. They visited the toy shop and played on homemade instruments. The saucepan lids made a few of the audience hold their ears.

Year 1 performed pieces relating to houses and homes. They told the story of ‘The Three Little Pigs’ through rhymes, songs and dance – using music from Madness and Shakin’ Stevens.  They also sang ‘When Goldilocks went to the house of the bears’ and ‘The Wise Man and the Foolish Man’.

Year 2’s performance was based on the sea and ocean. They started by playing three pieces on their recorders. They then danced to ‘Under the Sea’ by Peter Andre; sang two songs with actions and created music in groups based on Fingal’s Cave.  The whole concert ended with everyone singing the old sea shanty, ‘What Shall We Do with the Drunken Sailor’.

There was also the opportunity to enjoy and listen to the girls playing solos on a variety of instruments – piano, violin, cello, fife and trombone.  The girls have only been having instrumental lessons for such a short time, but have already made such considerable progress in their musical journey’s and it was lovely to watch them perform to an audience.

Everyone said how much they enjoyed the concert – it is difficult to believe that some of these girls are still only 4 years old. 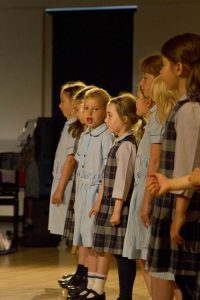 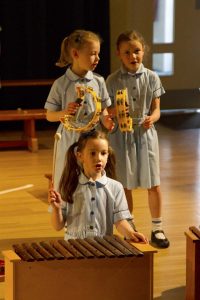 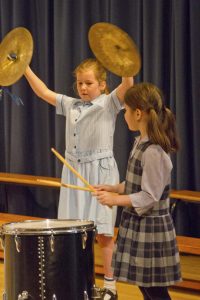 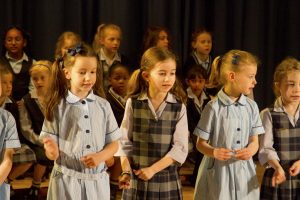 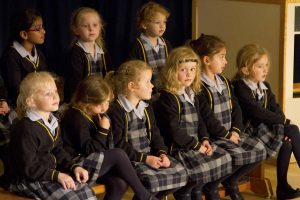