A wonderful time was had by all at the Sallis Benney theatre in Brighton on Saturday 13th May 2017, as Hugh Lupton regaled his audience with epic tales. This was something very different from usual theatrical experience- one man, a horn and the audience. The girls were initially rather startled, but then Hugh Lupton began to weave his spell. They had gone to see the Odyssey, but instead they heard of the monster Grendel; of how he came to the Hall of Heorot and laid waste and murdered; of the hero Beowulf; how he came with the Geats to the Hall of Heorot and waited by firelight in the mead-hall for Grendel.

The girls learnt how Grendel came from his murky mire; how he lost his arm and fled in terror; how Grendel’s mother came, brimming with bile and vengeance, and how the messenger ran to shore where the Geats were sleeping by their ships to tell them that all was not well and that death and destruction had come once more to the Hall of Heorot. They heard how Beowulf pursued; how his sword splintered against scaly skin and how victory came to him through a sword snatched from the wet wall. The girls saw the blood that bathed the cavern and the bodies of the defeated. Then, years later, they learnt of the courage of Wiglaf and watched as the dragon drove the sharp spikes of its teeth through the tender throat of the aged Beowulf and then itself lay slaughtered.

This was a very different opportunity for the girls and it was wonderful to hear a professional storyteller at work. Quite aside from being a most exciting tale and a jolly good night out, this was also excellent revision for the AS Class Civvies who cheerfully spotted the various aspects of epic poetry. Many thanks to Mrs Edey and Ms Jones for taking us the girls on this trip on a Saturday evening. It was lots of fun as well as educational.

The girls would like to finish with a riddle from the Exeter Book of Riddles: 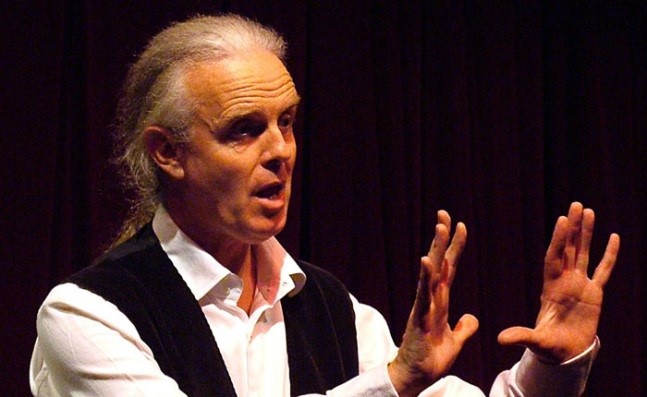