This year’s Junior School House Music event took on a new format on Friday 9th June 2017. Our aim was to ensure it was truly a house event that involved all of the girls. It also enabled us to celebrate World Music Day.  The event started with a solo or duet performance from each house in every year group.

Milton – Amelie R on piano, Lucy B on piano, Scarlet W and Ariana M singing a duet, and Holly W on piano.

Suzanna C was the overall winner of this playing Boccherini’s Rondo.

We then heard from the house ensembles. Instruments ranged from Violins to Xylophones!  The judges were impressed with Milton who had every girl involved wearing Old Macdonald hats – hidden from Mrs Playford until the actual performance!

The overall winners were Burns who played Jamaican Lullaby.

The final element was the ‘House Song’ which had to include the colour of their house in the title.

The day was a huge success with all girls having a wonderful time. 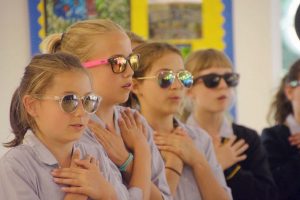 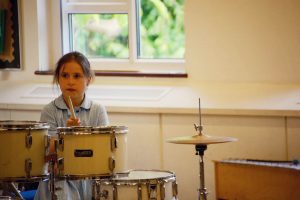 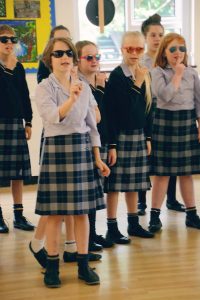