If you had visited Burgess Hill Girls in the week before half term you would have seen some new girls! Our Year Six girls took on the role of World War Two evacuees and certainly looked very different from normal. Throughout the week the girls totally immersed themselves in this experience by wearing costumes from the period, including a gas mask box. During the week the girls also needed to carry ID cards and ration books which were carefully monitored by staff including the catering team.

As the week began the girls imagined life in London and had new addresses which they had to locate and find safe routes to and from school. They also experienced regular air raids which increased in intensity until the Blitz hit and the girls took shelter in the school cellar (this had actually been used in the war so made the experience even more realistic and smelly).  Finally, on Thursday morning, the girls were evacuated to the relative safety of the countryside and a lovely village called Burgess Hill. They visited the train station and sang some wartime songs to lighten our mood.  As they arrived from the train station there were a bunch of likely looking locals – senior school staff as well as the Head of Nursery, Housekeeping, parents and some of our lovely catering team.

The girls definitely felt the fear of the selection process and then imagined being billeted with strangers.  They ended a fantastic week with a focus on the new countryside environment in which they were living by classifying trees for science.

Throughout the week the girls diligently recorded their experiences in their wartime diaries. This was done both at school and as prep. The resulting diaries really capture the variety of experiences they had and demonstrated the strength of their empathy with children from the Second World War.

The girls have followed this experience up by making I-movies which focus on wartime propaganda to encourage people to use the evacuation system as well as to take strange children into their homes. 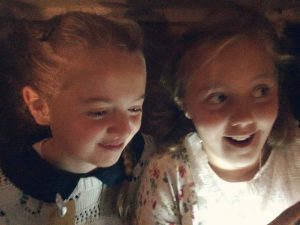 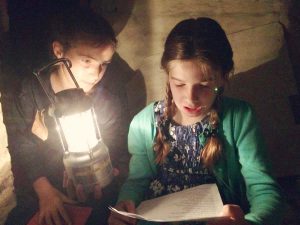 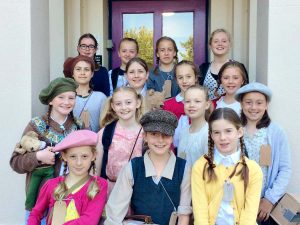 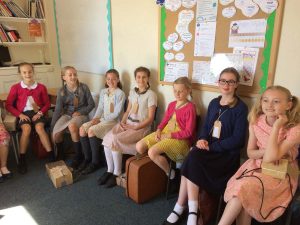 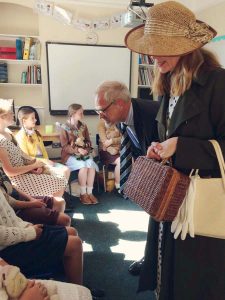 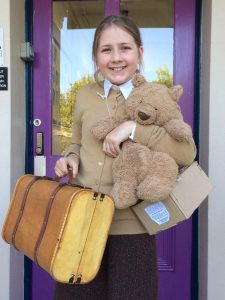 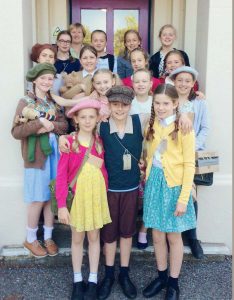 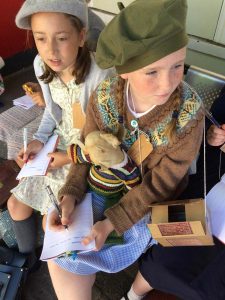