The Year 7 girls have just returned from a very successful trip to Cumbria.  Following is an account from Caitlin S.

“I’m sure that I am not the only one that will say Cumbria was an experience of a lifetime.

The first challenge for everyone was getting up at 4am in the morning for a prompt departure at 5:15am. The coach ride was long but great fun. The coach was filled with laughter and happiness as well as people trying to get to sleep but the excitement took over. We stopped off at two service stations to stretch our legs and to grab something to eat.

After an eight hour coach ride we finally arrived at the Outward Bound Trust Centre. we had lunch and were informed of our activity groups and our dorms.

I was put in team ‘Tenzing’. The food was yummy with varied meals served each night and a full English breakfast in the morning with an optional choice of cereal.

Tenzing’s first activity of the day was cliff jumping. We changed into wetsuits and buoyancy aids then headed out on the lake to the cliffs. Our instructor (Gary) was great fun and supported everyone through each activity. At first he asked us to climb out of the boat and swim to the cliffs. Then we all completed height one. We then chose if we would like to complete height two or three. This was a very challenging activity for those who were afraid of heights.

Throughout the trip we learnt about John Muir and his ideas to conserve the world and protect it against people who litter and are careless towards wildlife.

We had an overnight expedition where we hiked up a mountain to a little lodge in the middle of the mountains. We were hiking for four hours and it was extremely challenging. Everyone was very supportive of each other and we encouraged everybody to keep on going.  Along the way we had to walk through streams and rivers and we found volcanic crystals because the whole of the Lake District used to be one big volcano and so it left behind amazing white crystals. When we arrived at the hut it was very dark as it had no electricity. We were cold and rather wet due to the fact it was raining. Our group slept on the top bunk and Malory team slept on the bottom bunk. We ate rations while we were there and they were surprisingly quite yummy!

We then had another two hour hike back down the mountain.

We arrived at a farm that was part of the national trust. We were told how the land was looked after and we got to feed and stroke some beautiful white ponies as well as hold lambs.

On Thursday we did gorge walking. This was my favourite activity however it was very challenging. When we were climbing up the waterfalls we had to be very focused in order to stay safe. People in your team would stop when they thought they needed to stop so that they could help everyone else up a difficult part. The white water was very strong, this added to the whole experience.

Finally on Friday we tested out our raft that we had built the day before and thankfully it floated! We worked together to paddle to our destination but unfortunately, half way there part of the raft started to sink! We paddled as fast as we could in order to get back to shore. But we were told to ‘Abandon ship!’ We all jumped into the lake and swam to shore. For the rest of the day we played in the lake and then it was back on the coach.

I would like to say a big thank you too all of the teachers that came along, and to Ms Webster for organising it all. The past week was one of the best weeks of my life and I know that everyone will remember it.” 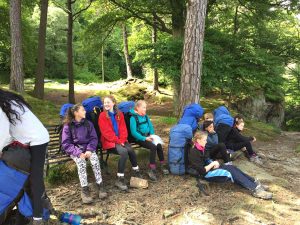 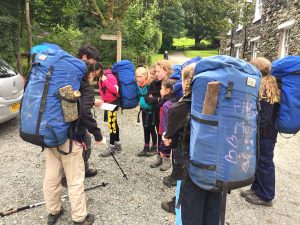 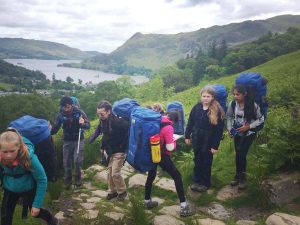 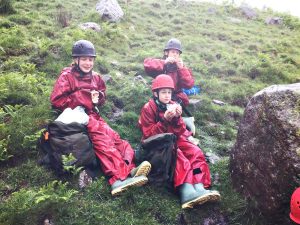 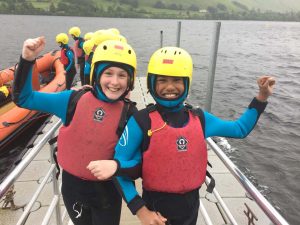 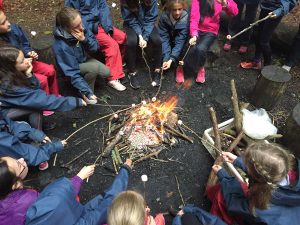 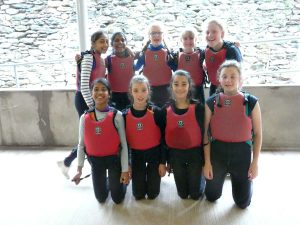 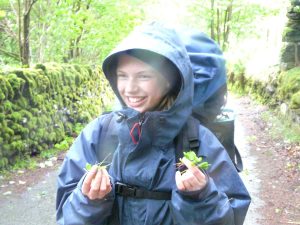 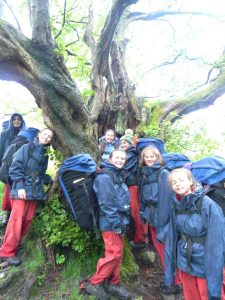 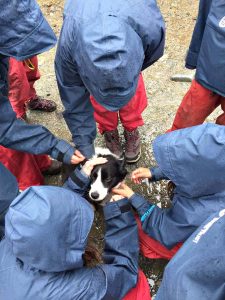