If you follow our news, you’ll know we love a running challenge at Burgess Hill Girls. Last year Penguins Teacher Mrs Clayson completed the Edinburgh Marathon and we had staff teams competing in the Royal Parks Half Marathon and Race for Life.

We also sponsor a water station at the Brighton Marathon. This year we’ll be cheering even louder as we have four runners competing. Anna Hooper and Sarah Smart are running the 10k at 9am, and then 45 minutes later Rob Tubb and Catherine Laybourn will be taking on their first marathons! 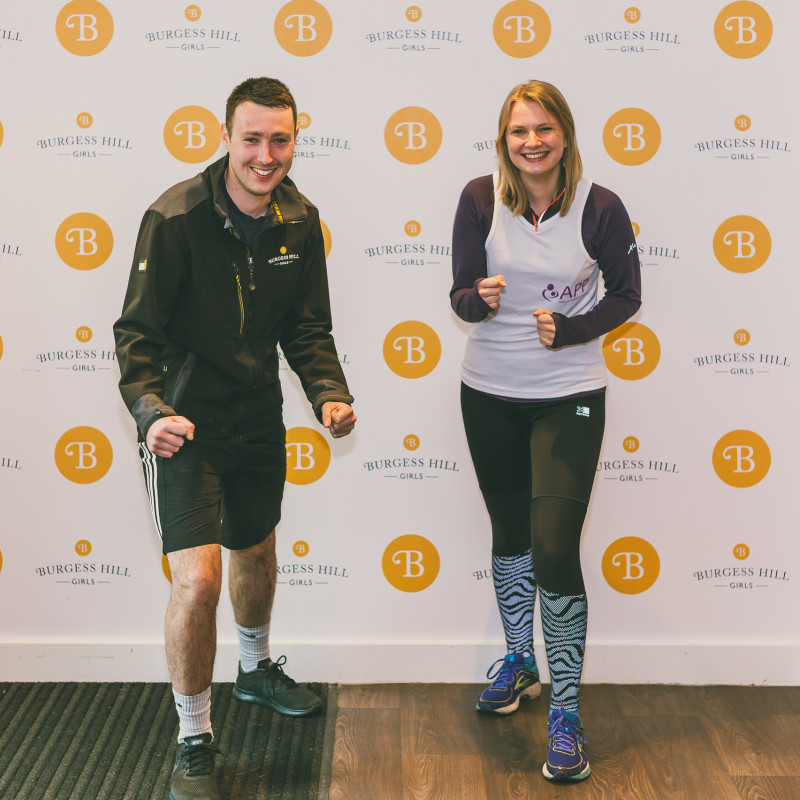 If you’ve noticed someone whizzing around the campus it’s probably groundsman Rob Tubb. Rob was inspired by our Housekeeping Manager Sarah Smart who completed the marathon in 2016. Aside from the grounds, Rob has been making good use of our fitness centre. He hopes to complete his first marathon in under four hours.

Admissions Officer Catherine completed her first half marathon whilst at Birmingham University in 2016. Two years later and she decided it was time to set herself a new personal challenge. Catherine is running the marathon in aid of Action on Postpartum Psychosis (APP). APP provides invaluable support to women and families affected by Postpartum Psychosis, a severe mental illness which onsets after childbirth.

Good luck to our runners and anyone else taking on this inspirational challenge! Please tell us if you are so we can look out for you. We’ll see you at mile 23!