On the 14th of February 2019, we had the pleasure of receiving Burgess Hill Girls’ Valentine’s gift of
seeing the extraordinary Senior School Production of ‘NOISES OFF’. It was wonderfully performed in Croft II Performance by a group of very talented students. ‘Noises Off’ was written in 1982 by the notorious English playwright, Michael Frayn. “It was funnier from behind than in front” is what Frayn stated before writing the play, and I can wholeheartedly agree that this was the case in the production by Burgess Hill Girls.

Alongside the most impressive set, there were two fantastic ensembles of actresses and actors. At the heart of the’ play within a play’, is Dotty, the actress who is playing Mrs. Clackett (played by Cara Eckstein and Lottie Hinton) who can’t remember her entrances and exits; Garry (played by Owen Taylor), who can’t remember his lines; Brooke, who is played by Vicki, the female lead (played by Bea Brindle and Sofia Comper-Cavanna) is constantly posing, while at the same time having no knowledge about what the play is about or what she is even doing. The director, Lloyd Dallas (played by George Laws) is attempting to pull the whole show together neatly in order to produce a respectable show which is fit for viewing; he sits in the darkened auditorium and shouts out directions, aiming to help everyone get ready for the opening of the show.

After the whole set had been creatively turned by 180 degrees for Act 2, we were able to witness the backstage drama and antics of relationships which have turned askew whilst hearing the actors performing out at the front. We learned that Poppy (played by Freya Burleigh and Charlotte Hollingworth) was pregnant, and Celestia, who is an actress in her late sixties (played by Luella McCarthy and Sophie Eaton), is attempting to stay sober between scenes, making for a very humorous and comedic performance. Belinda Blair (played by Saridja Sharp) was very cheerful and sensible and evoked lots of humour through the stark contrast between this character and Brooke’s, who had absolutely no idea about the plot. Even more laughs were arising from the audience as the character Freddy (played by Patrick Grant) kept easily getting nosebleeds, causing more disorder to the plot. The cherry that was added on top of the cake of farce and humour was the character Tina (played by Mia Arditi and Mollie Izzard-Davey), as the overworked assistant stage manager.

The culmination in Act 3 was an eruption of broken props, verbal, and sometimes physical, jokes appearing both on and offstage, as well as the destruction of logic and response to what took place in Act 1.

To conclude, we would like to thank the director, Liz Meredith-Jones, the crew, the head of crew, Emma Cassim and the rest of the production team for such a spectacular and highly comical, performance of ‘Noises Off’; it is evident that they worked extremely hard to put on such a fantastic show for the whole school. We would highly recommend booking tickets to see the next production of ‘James and the Giant Peach’ in the summer term. You do not want to miss out; it just isn’t worth being excluded from the fun at Burgess Hill Girls! 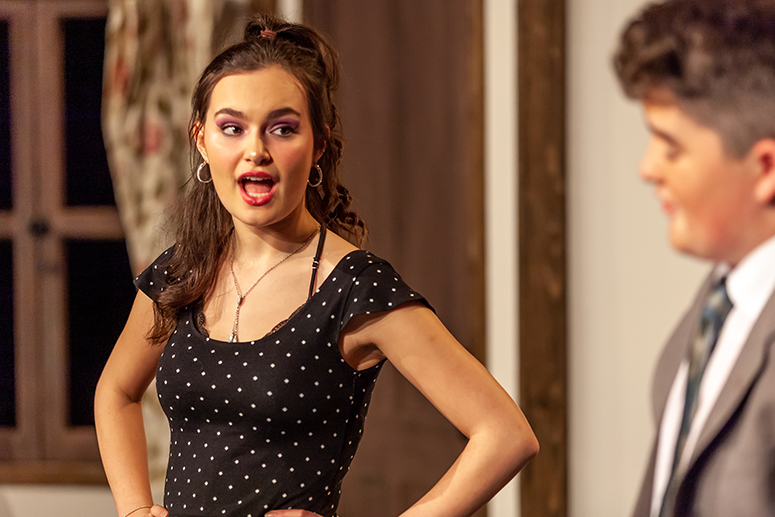 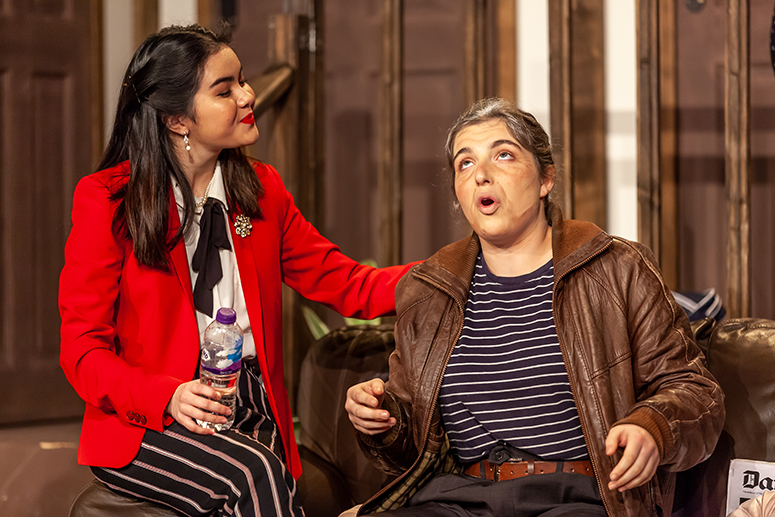 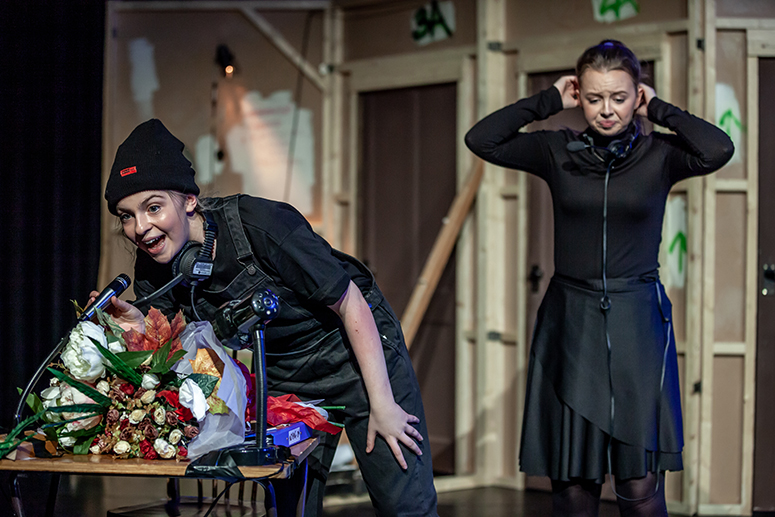 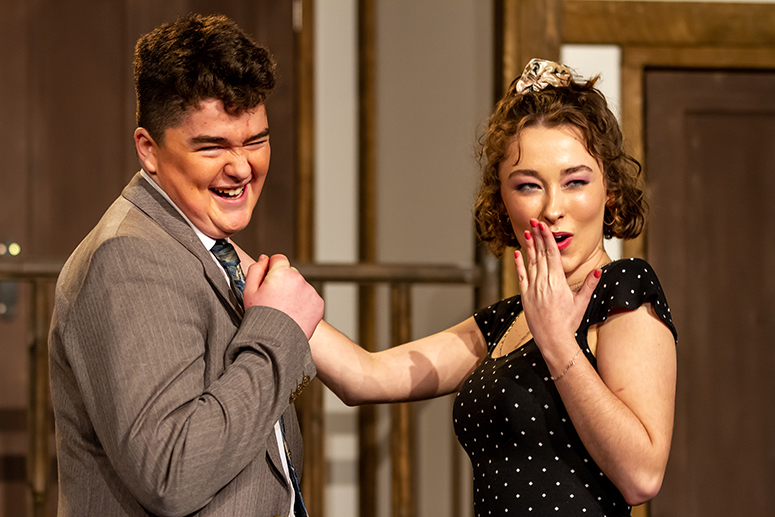 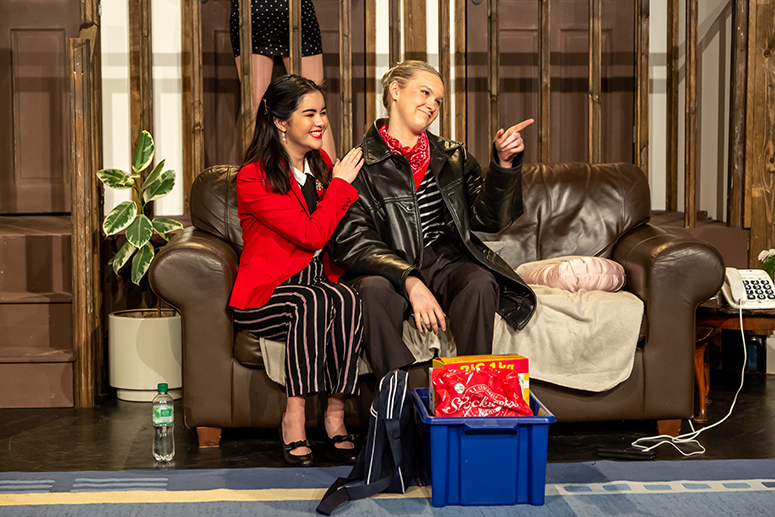 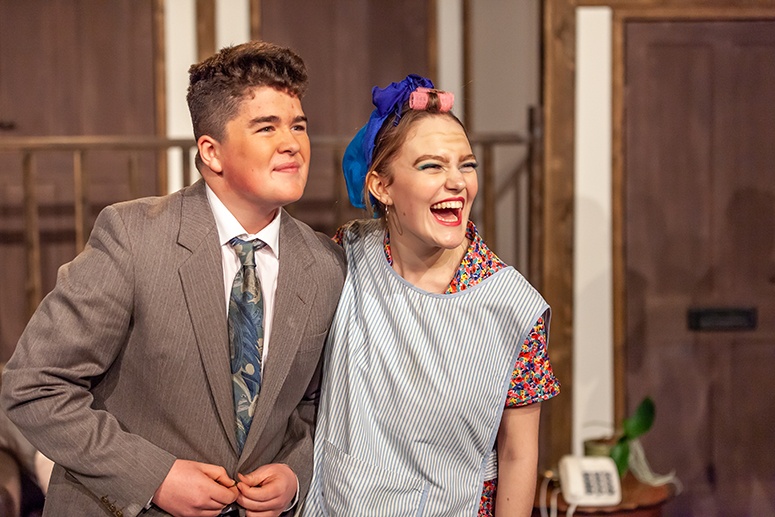