During the Easter Holidays 42 of our girls travelled back in time to explore Shakespearian Stratford. Georgina (Year 9) shared her version of the trip – can we come next time?!

The Year 9 & 10 trip to Stratford-Upon-Avon was packed full of incredible moments; from standing and watching the world go by at the top of the Royal Shakespeare Company Tower, to squinting as the lights went down on the amazing production of ‘The Taming of the Shrew’. We all got something out of the experiences we had. Whether it was immense connection to the history behind so much of our language, or how much we learned about the culture of the Shakespearean era.

On the 1st of April, 42 of us left on the coach at 6.30 to see our first glimpse of the Royal Shakespeare Company in form of a tour of the tower. In our groups we stood, surrounded by the expanse of Stratford, the marvellous view drifting into the horizon. It was mesmerizing to be able to look out on so much history. We then walked to Shakespeare’s birthplace where we were able to hear sections of ‘The Taming of the Shrew’ and “Midsummer Night’s Dream” performed to us and look around rooms packed with rich histories. After we settled in to our rooms at the youth hostel, we returned to the town centre for a ghost tour at twilight. It combined historical truths with bone-chilling speculations and gave us all a lot to discuss on the coach back that night.

The next morning we were lucky enough to be given a tour of the Royal Shakespeare Company’s The Other Place which covered everything from rehearsal spaces to the spectacular costumes used in performance. This set the atmosphere for our next activity, a workshop in which we explored the way gender roles had been flipped in our focus performance: ‘The Taming of the Shrew’. We were given the chance to experiment with the effect of high and low status on a character’s body language and delivery of speech. All of this lead up to the Royal Shakespeare Company’s unbelievable performance of ‘The Taming of the Shrew’, featuring stunning visuals and prodigious performances from the actors along with moments of great humour. There was so much we could take from the performance, the reversal of gender roles, especially, providing us with much food for thought.

Our last activity was to look around the site of Shakespeare’s New Place, a beautiful garden incorporating information about his life and home. The garden was accompanied by a house filled with rooms of information, illustrative videos and activities for us to think on before receiving a talk about the past and the development of Shakespeare’s house. We rounded off these three unbelievable days with a shopping trip that allowed us a final exploration of Stratford before we got on the coach and returned home. It’s certain that all we learned on the trip will follow through to our English and Drama work in the future as we continue to expand our knowledge of language, culture and bygone times. 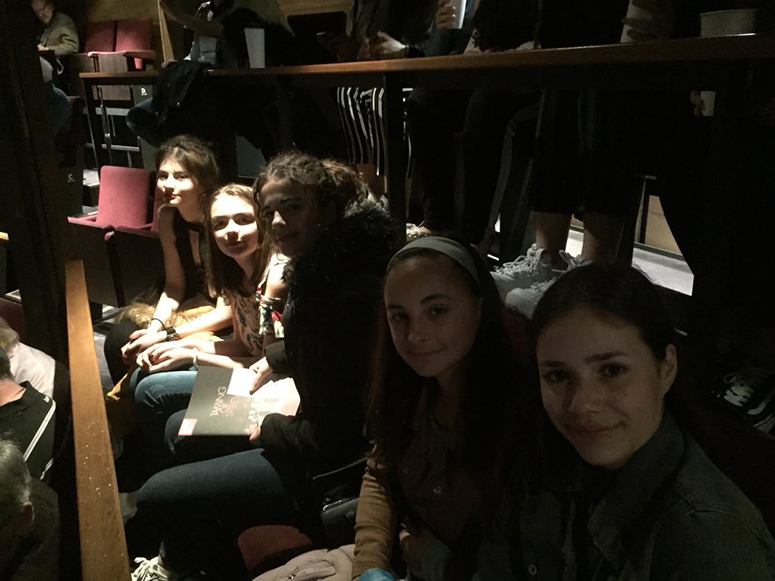 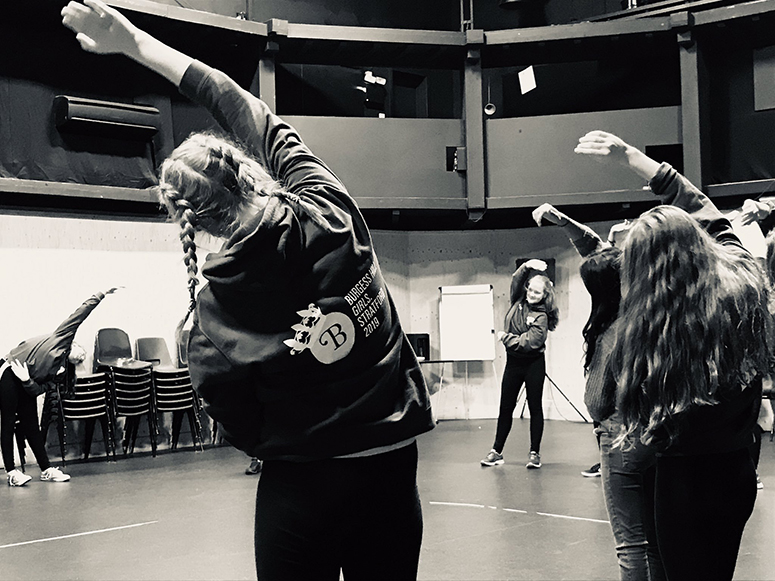 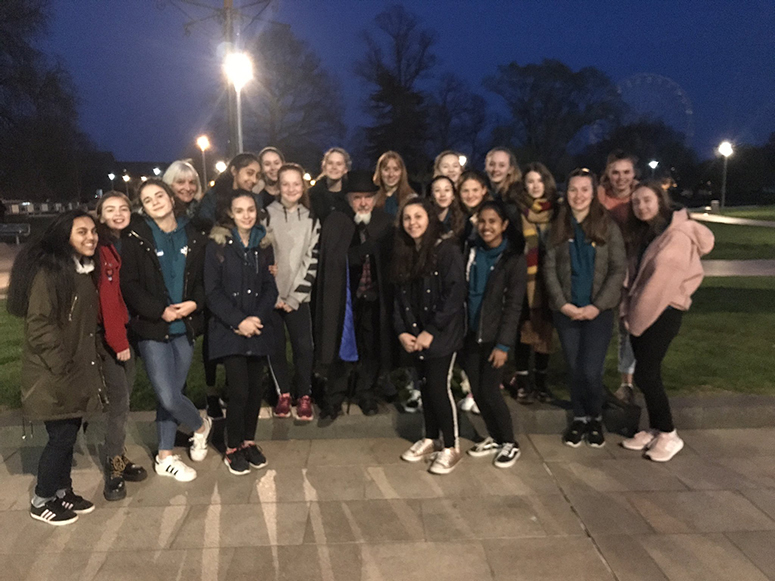