After winning the Southern Regional Qualifier in July, Ruby beat almost three hundred show jumpers from across the country to make it to the final eight of the 90cms category at the National Equestrian Championships in November.  An amazing achievement!

Unfortunately Ruby had to retire from the final as her pony Lexi, Ulster Tournerie, sustained an injury whilst warming up.  Ruby is still only eleven years old in a category for those aged sixteen and under, so she has plenty more years in the competition.  Nonetheless Ruby was bitterly disappointed as she wanted to bring that winners rug back to Burgess Hill Girls.

Lexi has fully recovered and Ruby is excited about future NSEA events and qualifying for next year’s finals once more.

She is also now competing with her horse Lady Warrior aka Monkey (pictured below). She recently represented the school at Felbridge with a beautiful double clear and 7th place. 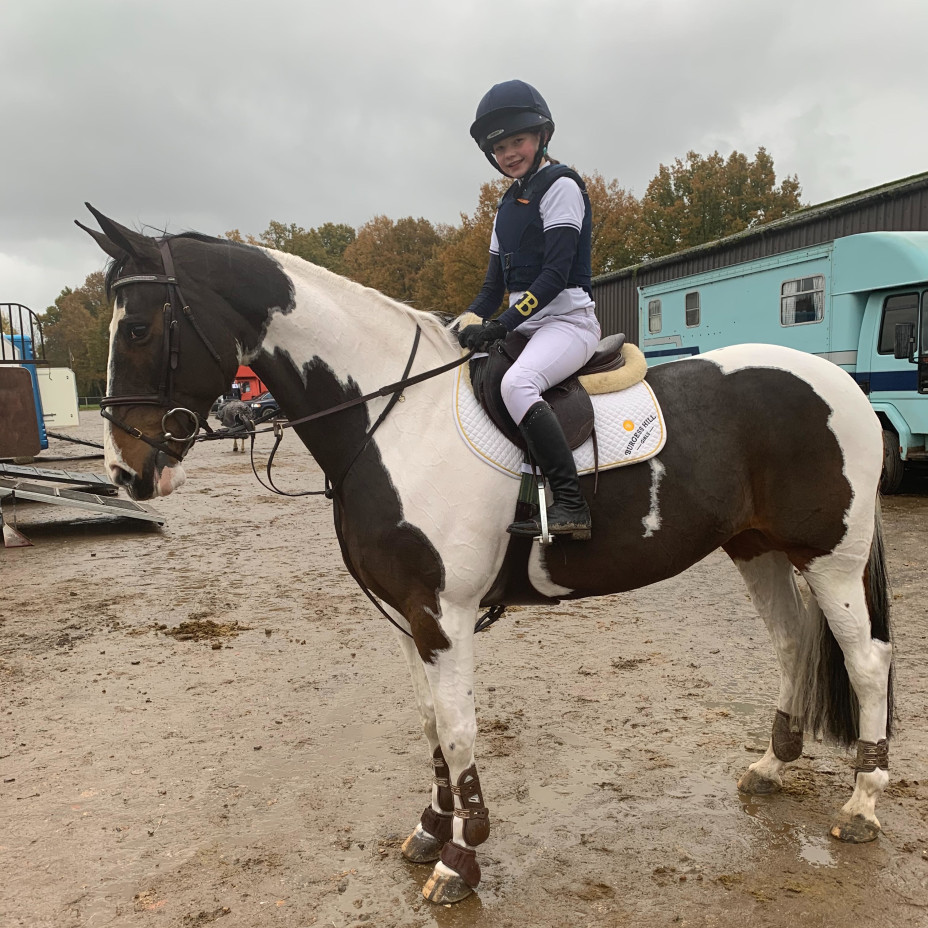