Harriet and Megan Walk the South Downs Way for Mind

Sixth Formers Harriet and Megan have completed a 55km walk along the South Downs Ways to raise money for mental health charity Mind after seeing how many young people had been affected by the pandemic. 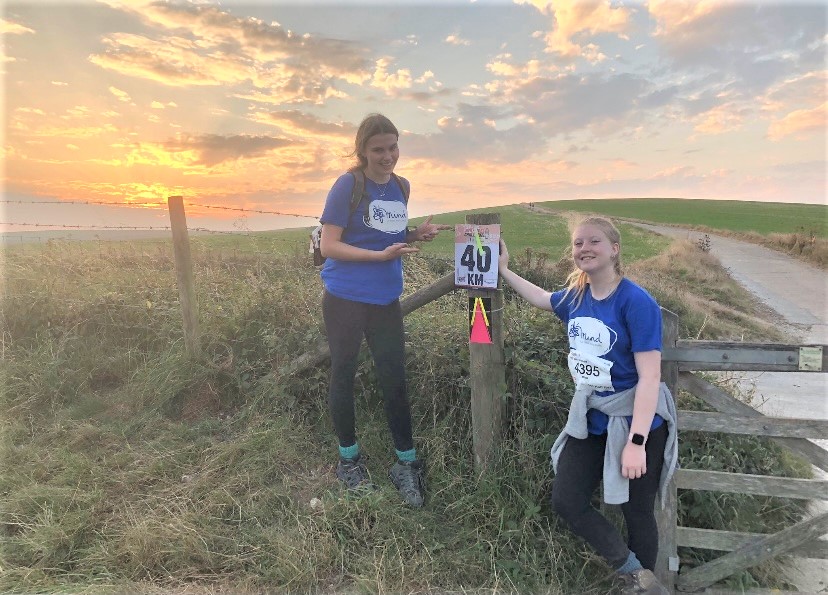 Harriet and Megan were determined to help Mind after seeing how much the charity did for young people post lockdowns.

The pair set off with Burgess Hill Girls’ Maths teacher Monika Andrews from Eastbourne at 8am and walked for fourteen and a half hours until they reached Hove Park.

Said Harriet: “During lockdown we wanted something to motivate us and inspire us to train and push ourselves to a challenge. We agreed with Mrs Andrews to take part in the South Coast Challenge at the beginning of March and continued to fund raise and train all throughout the summer holidays.

We felt MIND is such an important charity, especially at the moment during the COVID pandemic. So many have been affected by mental health challenges throughout the past year, so it felt right to support them. It is also a charity that focuses on the mental health of teenagers and young people, so we wanted to support a charity that helped people of a similar age to us.”

But the walk, which followed the cliffs at Birling Gap before heading inland over the South Downs, was no easy task, with many uphill treks and blisters to contend with.

Harriet added: “It was really tough at times but towards the evening the beautiful sunset across the Downs was so lovely that it motivated us to go on towards the end.

After reflecting on the walk two days later, we agreed that the last 10km of the challenge was by the far the hardest thing we have ever done and the most physically challenging thing we have attempted to complete. The final 10km involved walking through central Brighton and across the seafront towards Hove. Our feet were all in the most immense amount of pain having walked all day, and it seemed like the finish was getting further and further away. Despite this, we knew the ending was near and kept (very slowly) walking towards the finish. Shortly after 11:30 pm we finished and we trekked the short walk to the car to head home.

So far the girls have raised £1,763, making their painful journey all worthwhile. You can still donate here.

Added Harriet: “It has been so rewarding to raise money for Mind while having the opportunity to walk across the most beautiful sections of countryside, laughing and enjoying the experience with one of my closest friends.”