The joy of being back on stage and performing to an audience palpable to all, the pupils of Burgess Hill Girls put on a stellar musical last week when they staged the witty and spectacular Made In Dagenham.

With a backdrop set that would not have looked out of place in the West End, the performers pulled off a flawless show as they sang, joked and danced through Arnold, Thomas and Bean’s classic true-life tale of a group of 1960s female workers at the eponymous town’s Ford factory fighting for equal pay.

The cast was made up of pupils from the school plus members of the local Ariel Theatre Company, with lead year 11 pupil Caitlinn Dinneen putting in a seriously polished performance as Rita O’Grady who must put family and homelife on the line to battle for her fellow workers.

The sheer amount of musical numbers that must have been meticulously choreographed, staged and rehearsed over many months was astonishing, from the early hilarious Made In Dagenham right through to the final rousing Stand Up exhorting women to fight for their rights. And that’s remembering that rehearsals would have often meant wearing masks on stage – no mean feat when you are belting out a showtune and dancing at the same time.

While all the actors were on their A game, so too were the dozens of backstage pupils who made up the production team and were trained by director and head of drama Emma Cassim to create a slick and seamless evening.

Said Ms Cassim: “It has been absolutely brilliant to work with such talented people to put on this show after such a difficult time for everyone. The joy on everyone’s faces that they were getting to perform live again – or work backstage to make that happen – was so wonderful to see. Having the members of Ariel Theatre join the cast made it very special too.”

View the photos here: Cast A & Cast B 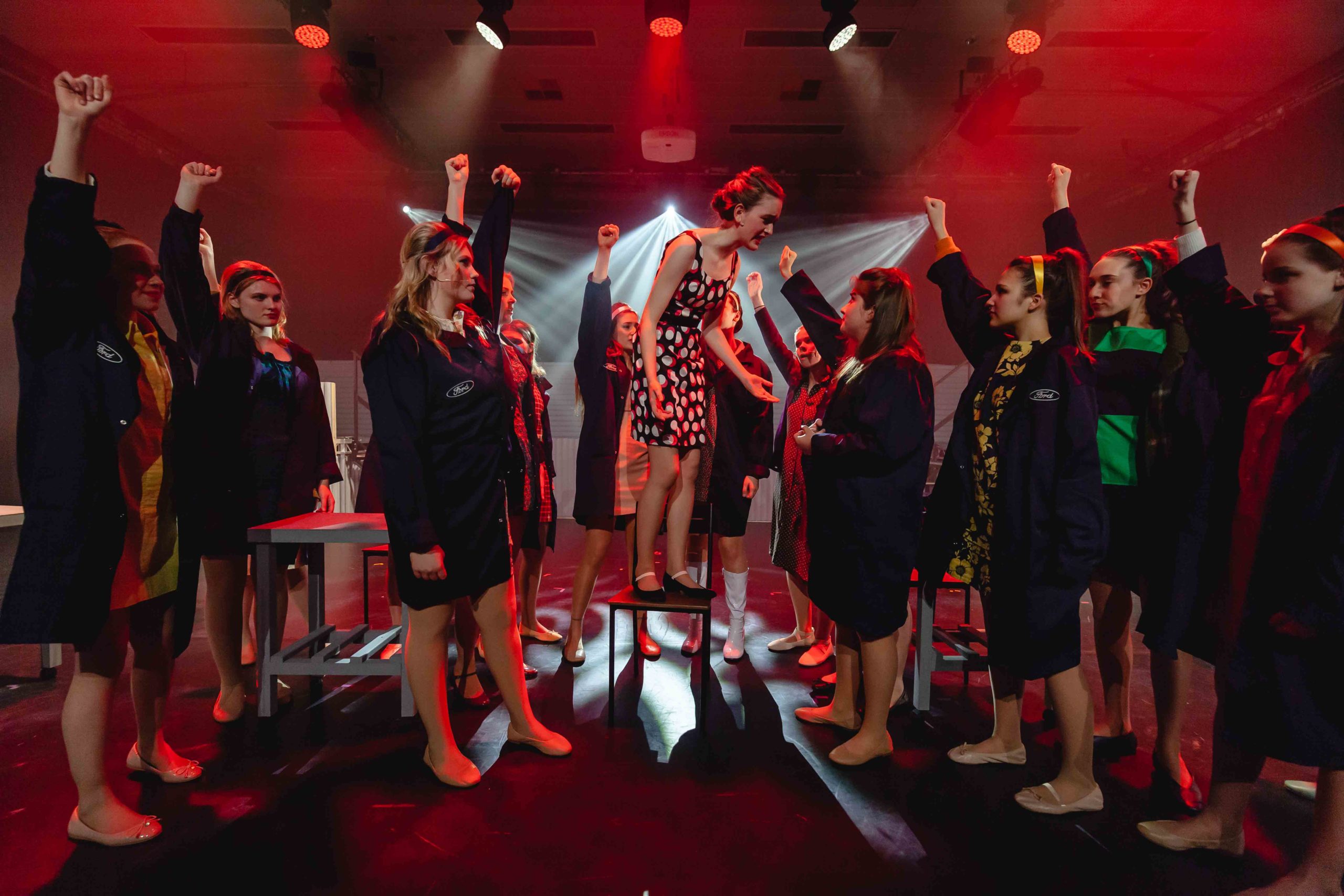