We are delighted that the Senior School Book Week festivities 2017 went with a bang. This year’s theme – Adventure, was continued throughout the week starting with:

Jane Dunford, The Guardian newspaper’s travel editor, who talked about her travel writing career, what is involved in a newspaper’s editorial process as well as telling us about some of her most interesting journalistic jaunts around the world.

On Tuesday, BHG Mathematics teacher Ray Thornton, expounded the virtues of exotic travel. He is a serial traveller who has journeyed to almost half the countries around the globe. He chatted about his experiences, the culture and people he has encountered; as well showing us photographs of some of his favourite scenery, wildlife and ancient ruins.

On Wednesday, Carnegie Medal winner and adventure-writer extraordinaire, Sally Gardner talked to Year 6 and Year 7 about her incredible rise from the challenges of dyslexic to a prolific award-winning writer. Then local author Bruce Abercromby, amazed us with his tales of adventure where he described how he and his three children explored the world and how he turned their adventures in China into an awe inspiring adventure book for young people.

To celebrate World Book Day on Thursday, BHG held The Big Book Swap in the LRC. Year 7 Student Librarians co-ordinated the event, asking the senior school girls to bring in their unwanted novels to swap them with others. A great way to recycle and champion reading!

To end an action packed week, the LRC offered adventure-themed quizzes and word searches during breaks with prizes for everyone that completed a task. 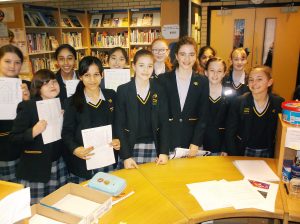 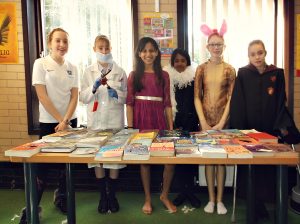 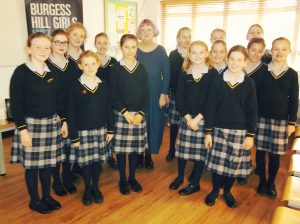 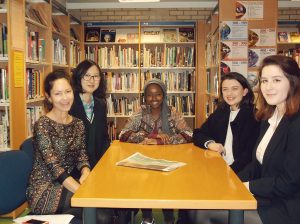 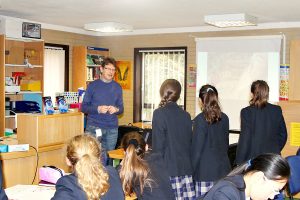