Golf Taster Sessions in the Infants

The two coaches from the club had the girls warming up running around the astro playing ‘Tiger Says’ followed by putting games in teams and chipping soft golf balls covered in Velcro at a target.

The girls listened carefully, many initially wielding their golf clubs like hockey sticks, but as the session progressed they began to stand more upright, with feet positioned either side of their golf balls and hands gripped together towards the top of their clubs. There was a strong sense of healthy competition as all teams competed to win the highest number of points.

The coaches were very impressed with the girls and said that it was clear that quite a few of them already played and enjoyed the sport. 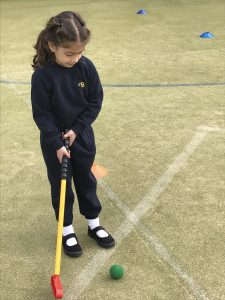 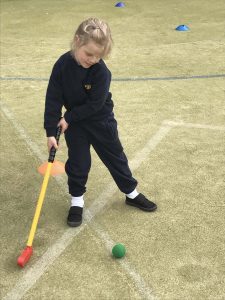 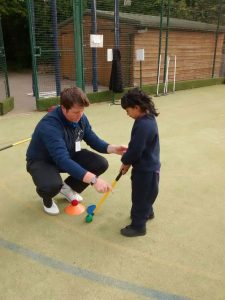 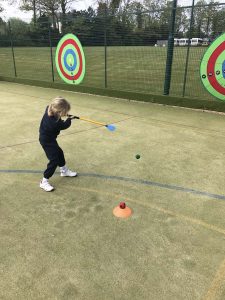 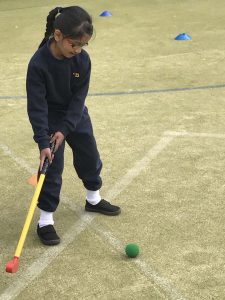