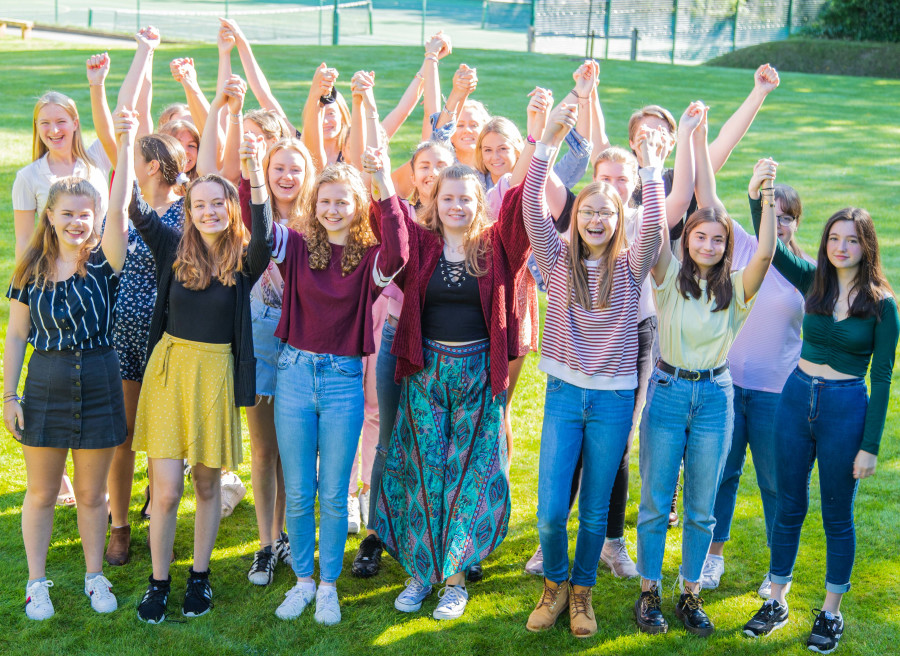 Burgess Hill Girls is celebrating an outstanding set of GCSE results with well over half the exams graded 9 and 8 and a record 76% graded 9 to 7­. These results confirm Burgess Hill Girls delivers a consistently excellent performance at GCSE.

Students achieved highly across all subjects, with 65% of the cohort gaining at least seven or more grades 9 to 7, a 3% increase on last year. Particular congratulations go to girls whose results were all graded 9 and 8: Ruth Bewick, Isobel Critchley, Birdie Griffiths, Annabel Hogbin and Lucy Leete.

Head Liz Laybourn said “What we are most proud of is the fact that these amazing academic results are just one part of a rich and diverse range of achievements. From Glyndebourne performers to champion linguists, national athletes to outward bound adventurers, technical theatre specialists to dedicated volunteers, a Burgess Hill Girls education is about far more than just academic results. We encourage every girl to actively challenge herself in new directions, building a profile that adds value in ways that results alone cannot measure. This year’s achievements are superb in every respect and I am immensely proud of all of them.”

It was another outstanding year of performance in language GCSEs. With the vast majority of girls taking a GCSE language, with many taking two, 80% of language GCSEs this year were of the highest grades, 9 to 7.

While the take up of language GCSEs remains historically low across the country, Burgess Hill Girls enhances the outward focus and cultural exploration of its students by teaching four languages from Year 7. Through this, the School continues to instil the importance of languages to secure the widest range of possible futures for its pupils.

For students, languages develop mental acuity. As Neil Kenny, Languages lead at the British Academy has said: “The ability to switch between languages makes you cognitively more flexible, better at multitasking, more creative. Language skills improve access to the world of work. They enhance productivity. They make you culturally agile—more able to put yourself in other people’s shoes, to have intercultural understanding.” Anna Bruell, who got a Grade 9 for both French and German said “Burgess Hill Girls encouraged my interest in the languages since I started at the School. Knowing the importance of languages in my future, I am very pleased to have achieved these strong GCSE results.” 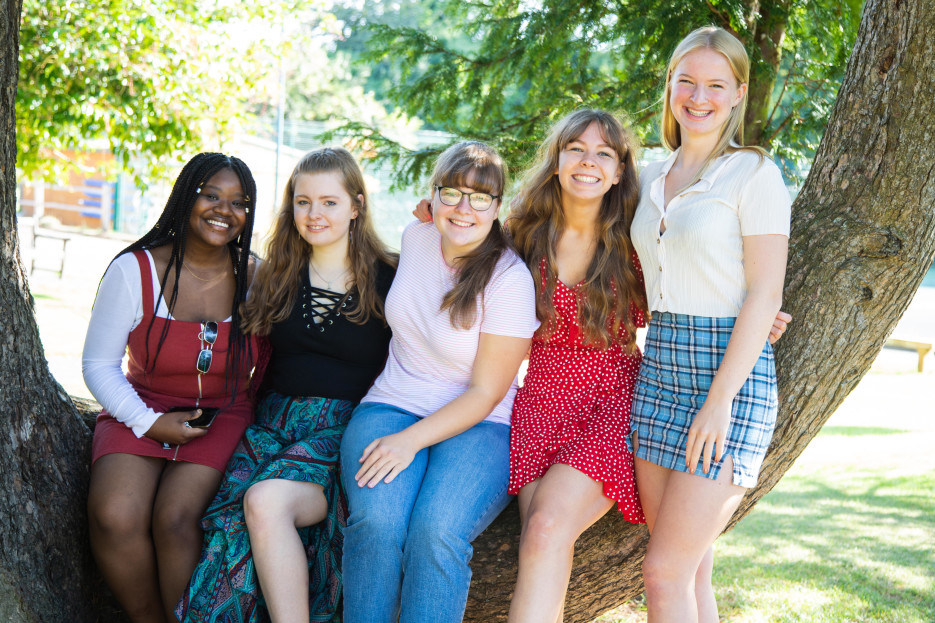 “Employer demand for French, German and Spanish skills has significantly increased over the last few years,” says Matthew Fell, Chief UK policy director for business group the CBI Languages are essential for trade, business, the economy and for cultural exchange, as well as for national security and diplomacy. These skills are vital for Britain’s future, and graduate recruitment in public services and private industry value language aptitude highly. Head of Futures, Judith Edey said, “Burgess Hill Girls fully recognises the intellectual and creative benefits to be enjoyed when studying other languages. Some of the older girls are so fascinated by the challenges of other language systems that they enthusiastically and successfully enter Linguistic Olympiad competitions at both national and international level. We have had two British team representatives in the last five years. Beyond the very valuable immediate access to other cultures, skills in languages are widely regarded as becoming increasingly important to employers as recruitment of foreign native speakers becomes more difficult and new trade agreements and business opportunities with foreign companies of vital importance, to the success of the post Brexit economy.”

With employers increasingly looking for those with a strong creative streak, Burgess Hill Girls is performing at the highest level in creative subjects, with 100% of entries graded 9 to 7. 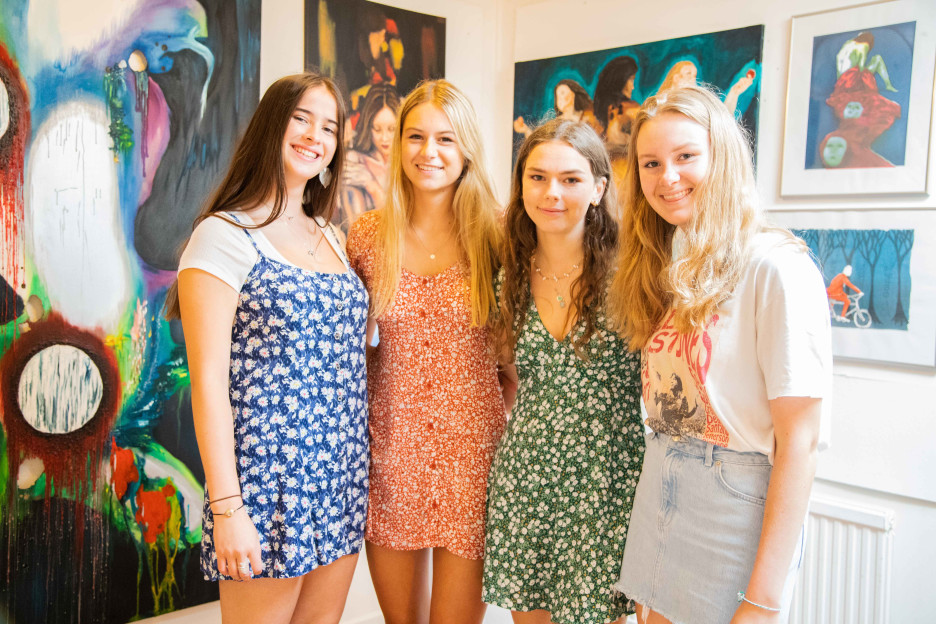 Since the introduction of the Ebacc in 2010 which deprioritised creative subjects, the number of entries for creative arts in England is in decline. In contrast, Art, Music and Drama remain popular subjects at Burgess Hill Girls, which has held firm in insisting on all pupils following at least one creative discipline at GCSE.

Employers want breadth as well as depth of knowledge and are keen to stress the importance of creativity in industry. Head Liz Laybourn said, “the workforce of tomorrow need to be nimble, flexible and innovative in their thinking to meet the needs of a rapidly evolving job market and a future we can only imagine. More than ever before, creative subjects should be a vital ingredient of every young person’s profile.”

“Creativity fuels big ideas,” said Emma Levett, Head of Art at Burgess Hill Girls. “The creative arts in schools develop students’ ability to innovate and collaborate. The subjects are self-led, which encourages independent thought, risk-taking and experimentation, all of which are vital for a fast-moving job market. Employers seek creatives as they are disciplined, can accept criticism and can problem-solve.”

Devising a live performance from a specific brief requires a range of skills and qualities that are hugely valuable for the workplace. In an age where technology allows teenagers to curate and revise their message, preparing and delivering a music or drama performance for a live audience, where there is just one shot, makes different demands. “We need to fix the perception of ‘soft subjects’ and ‘academic subjects’,” says Burgess Hill Girls’ Director of Drama, Emma Cassim. “Working in a creative field requires long hours and dedication; it needs you to exercise self-discipline, make mistakes and take feedback, to use emotional intelligence, to hone your decision-making and communication skills.”